Martin Freeman or funny cats - who is better?

is anybody out there who saw Martin as Richard III on stage at Trafalgar studios in London and wants to discuss/share his opinion? I saw the play last week and thought it was terrific. And I would love to share my thoughts with other fans!

Somebody posted this Sunday Telegraph interview on

sherlockbbc and I thought I would share it here. Despite the lacklustre title, it's an excellent interview! 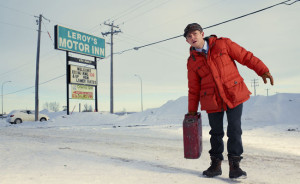 Here is a guide to dressing like Lester Nygaard from the TV series Fargo.

I've written a couple of fanfics based on the film The World's End and centred around Martin's character, Oliver Chamberlain.

If you're interested they can be found on my livejournal at

On Sunday I attended the season 3 'premiere' of Sherlock at the BFI. They showed the episode 'The Empty Hearse' and then held a Q&A afterwards.

I've posted what I'd consider spoiler free general thoughts about the episode (all under spoiler cuts though out of courtesy), as well as my photos from the talk over on my journal.

For those intersted in reading my thoughts or just wanting to look at the photos, you can find them here. :)

The Hobbit: The Desolation of Smaug, Production Diary 13

The Hobbit: The Desolation of Smaug World Premiere

Apparently Martin's animated film Saving Santa has gone straight to DVD. I found it today at the local Walmart. I don't know if it's available in other places or not.

The Hobbit: The Desolation of Smaug - Sneak Peek
Collapse